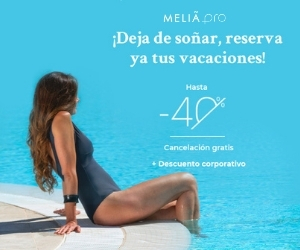 The threat of a widespread ban on laptops in airline cabins has waned, although some business travel industry leaders caution that overreaching security measures will impair the flow of corporate travel to the U.S. Meanwhile, the measures have prompted some buyers to take a closer look at their policies on traveling with personal electronic devices.

Since the Department of Homeland Security last March issued a ban on laptops and other large electronic devices onboard U.S.-bound flights from 10 airports, largely in the Middle East and North Africa, speculation abounded that the ban would expand to Europe and perhaps beyond. On Wednesday, the DHS outlined new security measures for inbound international flights that, if followed, it said, would eliminate its need for a laptop ban.

Association of Corporate Travel Executives executive director Greeley Koch, a critic of the government’s handling of the initial ban, said the DHS announcement was better than an outright ban but lacked clarity. «The Trump administration’s vague travel security policies continue to vex the business travel community,» Koch said. «How onerous will these new protocols be for travelers and airlines? What if an airport or airline has difficulty complying? Until we have the details, this policy has the potential to become a de facto device ban.»

The Price of Prudence

Industry leaders already had cautioned that an expanded ban would have devastating effects on the business travel industry. The International Air Transport Association estimated a Europe-wide ban would cause a $1.4 billion hit to the industry in costs and lost productivity, and an IATA-commissioned survey showed that 15 percent of business travelers would cut back on travel if they had to contend with a ban, according to director general and CEO Alexandre de Juniac. Similarly, airline consulting firm ICF estimated a European ban would equal a million hours in lost productivity each day. «If you, as a regulator, choose to impose that cost, there had better be a good reason for it,» ICF aviation group leader Samuel Engel said.

The industry, meanwhile, is trying to understand that line between safety and a hindering inconvenience. Speaking at IATA’s annual meeting last month, United CEO Oscar Munoz said the carrier already was putting plans together for an extended ban. Having been to internal briefings with the DHS, he preferred strict measures now to talking about a lost aircraft at next year’s general meeting. «If the risk is real today, we’re going to comply,» Munoz said. «Safety and security are at the top of the list for us, and time isn’t our friend.»

Malaysia Airlines CEO Peter Bellew said he was prepared for «draconian measures» in the future, including more airports pushing security to the front door, refusing entry to anyone who is not a ticketed passenger. Given the threat of fire from more lithium batteries in cargo holds, he wouldn’t be surprised if screeners eventually were instructed to toss laptops aside as they would an oversized bottle of aftershave today.

«What’s going to happen in most cases for most airlines will be to tell people not to even bring [a laptop] to the airport,» Bellew said. «There’s still a huge risk from devices left half on in luggage at 30,000 feet.»

At its core, the airline industry just wants governments to work closely with the industry before implementing measures, which was its major quarrel with the initial ban, said Nick Careen, IATA SVP of airport, passenger, cargo and security. «Pre-implementation, there was no coordination or collaboration with the industry and little consideration given to alternative measures,» he said. «DHS [later] taking pause shows its willingness to work with us.»

The talk of a laptop ban also has sparked a discussion among travel buyers about policies related to the devices, some of which go beyond the ban.

As an immediate response, some buyers have required employees traveling on affected routes to leave laptops at home and use loaners at their destinations. The potential risks of checking the devices in cargo holds go beyond losing a piece of expensive equipment. They also include theft of sensitive company data.

Some airlines affected by the ban already have services to ease the impact to business travelers, such as providing loaner laptops for use during flights and allowing laptops to be checked securely at the gate. Such policies would certainly become more widespread should travel with the devices be further hindered, ICF’s Engel said. «The industry has been quite resilient, and consumers have adapted,» he said. «I can imagine a day in which airports are looking to improve the passenger experience and do some innovation where they increase Wi-Fi bandwidths so people can download their work onto a thumb drive before boarding.»

Even if the bans end, increased security around personal electronic devices still dictates that corporates should review policies, particularly if travelers go through airports where their devices face extra scrutiny or seizure, said Dunbar Security Solutions COO Christopher Ensey. «If you’re asked at a border to unlock a device, even if you use biometrics [for traveler identity], you most likely are still going to have to unlock it,» he said. «Be prepared to have an employee policy around this and to change it as political issues start to be more clear.»

Ensey also said all companies should have basic protections like data encryption and employee training on strong passwords and avoiding hacking schemes. Independent of laptop bans, some companies already have stopped allowing employees to travel with company laptops because of data security threats, instead moving work to the cloud, said Toby Houchens, CEO and founder of travel risk management supplier Travel Recon.

In the end, company policies should stand up to whatever security restrictions are thrown their way, Ensey said. «What policy do you have if a device is stolen, lost or damaged during travel?» he said. «If that doesn’t cover you for the geopolitical changes that are occurring, you need to reevaluate that policy.»