New York has once again topped the list in an annual ranking of the world’s most expensive cities for business travel. The city’s pricey hotel rooms propelled it into the top spot for a second year in a row, according to data complied by management consultants ECA International.

If you’re travelling for work you need to take certain expenses into account such as hotel accommodation, meals, drinks, laundry and taxis. Hopefully your company is covering those expenses but it’s still useful to know what city is going to rack up the biggest bill. This year’s ECA International report has revealed that city is New York where the estimated daily rate for business travellers is $799 (£618).

According to Steven Kilfedder, production manager at ECA International, the city’s accommodation rates drive up the costs but other factors are at play too. “A big proportion of the cost of business travel to New York can be attributed to the high demand for hotels in the city with a room costing $512 (£396) on average,” he explained. “These costs in combination with consistently high prices for transport and at many restaurants can make trips to the city extremely expensive.”

Paris came in fifth ($616/£477), while Switzerland filled out the list with Basel in eighth ($577/£447) and Bern ($573/£444) in joint tenth place with London. However, it is the Icelandic capital Reykjavík which saw a big leap in the cost of business travel, with the average trip now costing a total of $615 (£476). That’s a jump of over $50 in just a year, moving Reykjavík ahead of business hubs such as London to become the fourth most expensive location in Europe for business travel.

So if you’re looking to plan your next trip business trip, these are the most expensive cities: 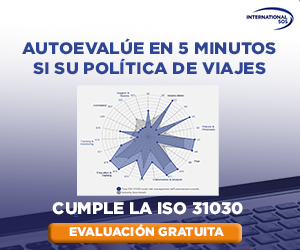